Usman Mukhtar is a Pakistani actor, director, and cinematographer. He gained instant popularity because of his role ‘Altamash’ in the drama serial ‘Anaa’.

Usman Mukhtar has opened up on being harassed, bullied, and blackmailed by a woman on social media for the last few years.

He took to his Instagram shared his story. Usman Mukhtar wrote, “I have been harassed, blackmailed, bullied online for one year and a half by this woman.”

The actor further added that the harassment was reported to the Federal Investigation Agency (FIA).

He said that the FIA took a year to trace the woman, adding, “Another half a year to summon her after calling her multiple times.”

Usman Mukhtar posted a thread and here it is;

On Twitter, the hashtag #StayStrongUsmanMukhtar is trending right after he shared his story. Fellow colleagues and fans appreciated, applauded for him to take the bravest stance.

Extremely disturbed to see #UsmanMukhtar‘s stories. Usman was harrased and abused by this lady for stepping back from her music video. This is time to stop promoting and protecting people using #MeToo for their personal vendettas. Stay strong Usman!#StayStrongUsmanMukhtar pic.twitter.com/SDzSoSSTRR

The actor-cinematographer has spoken up against a fellow artist who he worked with on her music video in 2016.#StayStrongUsmanMukhtar pic.twitter.com/lgErtqT3Og

I am just shocked after seeing Instagram story of Usman Mukhtar that he got harassed and bullied by his fellow artist for over a year. Where is this society going? #StayStrongUsmanMukhtar pic.twitter.com/YqcTFtGMO5

This woman has crossed all the boundaries of infidelity. She was not ashamed at all. What peace do they get by ruining someone’s life? We are with you in your support.
It’s not about gender it’s about mind game. Men too harassed.#StayStrongUsmanMukhtar https://t.co/F1jUO5gHE4 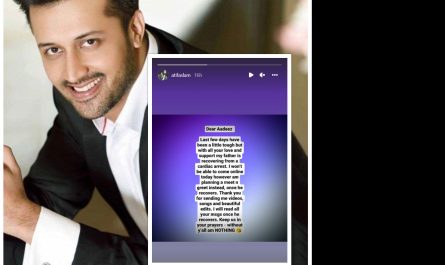 Actor Faizan Sheikh Clapped back at Abeer Rizvi, says ‘I am glad I wasn’t invited’ at the HSA 2021