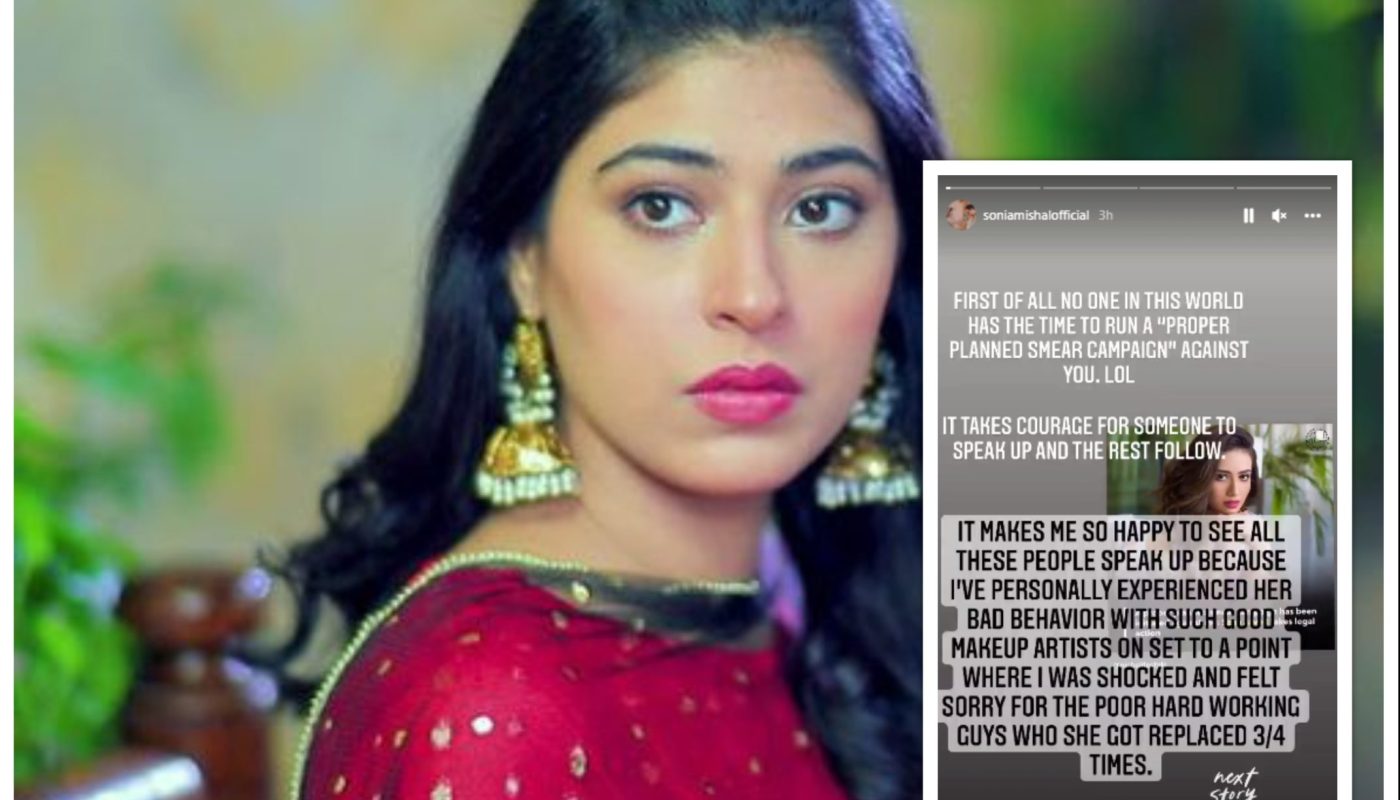 Here’s what actress Sonia Mishal has to say about the ongoing Sana Javed dispute. Sonia Mishal is one of the finest actress of Pakistan, she has appeared in several dramas including Neeli Zinda Hai.

Sonia Mishal recently took to her Instagram stories and reacted to Sana Javed’s response to all the allegations against her. Sana Javed sent a legal notice to Manal Saleem on Thursday, refusing to justify her side of the story.

However, Javed claims that a campaign has been launched to defame her. To which Sonia Mishal opened up and shared her opinion.

“First of all no one in the world has time to run a ‘proper planned smear campaign’ against you,” Mishal slammed the Khaani actor.

Mishal also extended her support toward the ones who have mustered up the courage to speak up against the actor’s bad behavior on the sets.

“It makes me so happy to see all these people speak up because I’ve personally experienced her bad behaviors with such good makeup artists on set to a point where I was shocked and felt sorry for the poor hard-working guys who she got replaced ¾ times, “ she wrote.

Here! see what Sonia has to say. 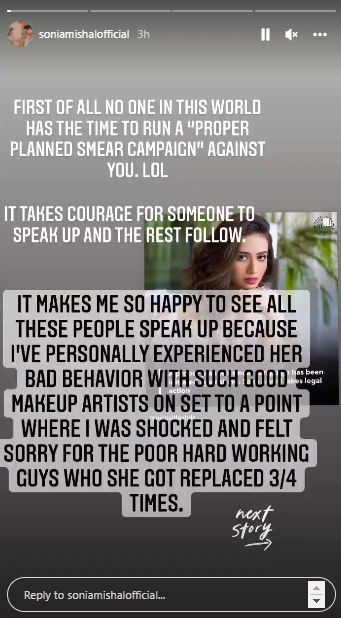 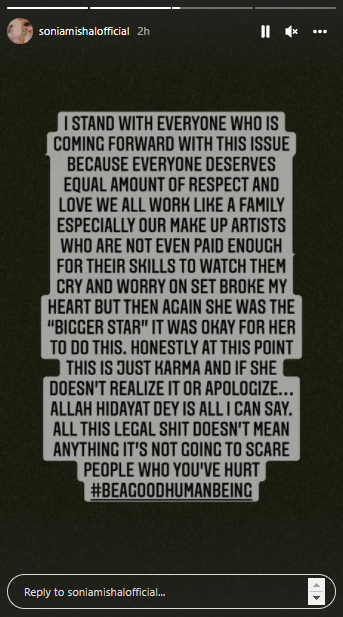 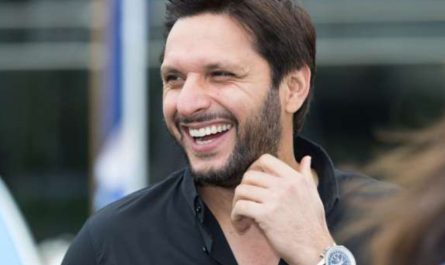 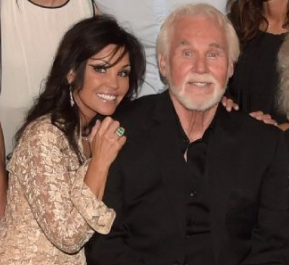