The stunning Turkish actress, Ozge Torer who portrays the role of Osman Bey’s wife in the new series titled ‘Kurulus: Osman’ has won millions of hearts.

The actress gave a heart-winning performance in the historical Turkish series ‘Kurulus: Osman’. Currently, she is promoting the new episodes of the series.

Turkish stars are making their presence strong in the cinematic world by giving breathtaking performances. They are famous not just in Turkey, yet in other countries as well. It seems ‘Kurulus’ will be the best series of the year after ‘Ertugrul’.

The much-awaited Turkish series season 3 is scheduled to premiere on a Turkish TV channel on Wednesday.

The entire cast of the series is busy promoting the new episodes of their upcoming historical series. In the series, Ozge Torer is playing the role of Bala Hatun.

Yasir Hussain gets Iqra Aziz’s name tattooed on his arm 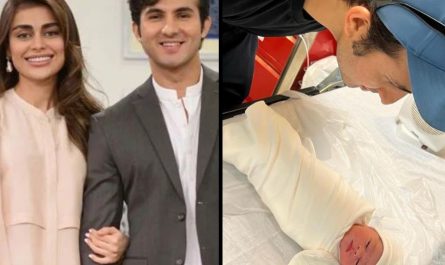 Hilary Duff confronts photographer for capturing photos of her kids