On Monday, Justin Bieber shared a snapshot with his wife Hailey Baldwin Bieber.

Justin Bieber wrote a cryptic caption that hinted that the couple might be becoming parents. Fans into meltdown as he shared a loved-up snap of himself and his wife Hailey Bieber.

In the picture, Hailey looks amazing as she rocks a tight-fitting crop top and bikini bottoms as well as a cute summer hat and sunglasses. Justin also made the most of the sunny weather with a pair of shorts, a patterned shirt, and shades.

They have had an amazing weekend and enjoyed the romantic holiday in Mexico. But fans are more distracted by the caption of the picture. Justin Bieber wrote, “mom and dad.”

The picture went immediately viral and fans demanded more explanation about the caption.

Another penned: “Wait is Hailey pregnant.” The third one added: “What!?Is there a baby coming? The Bieber family is growing !!!”

However, others suggested Justin’s caption wasn’t serious. “I doubt that. Hailey wants to do a lot in her career and Justin has a while tour coming up,” penned another Instagram follower. 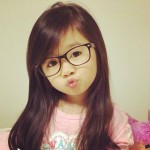 Adnan Siddiqui cracked a joke about PM, Imran Khan at an event, USA