Singer Ali Noor of ‘Noori’ has been accused of sexual harassment by journalist Ayesha Binte Rashid.

On Friday, Ayesha Binte Rashid took to Instagram and shared the WhatsApp screenshots with Ali Noor in which she accused him of being a predator. The message reads, “You emotionally manipulated me and what happened in the back of my car while driving to the airport was sexual harassment. You’re a sexual harasser and a predator.”

Rashid not only accused Ali Noor of sexually harassing her but also of threatening to jeopardize her friendship with Kami Paul, the drummer for Noori, if ‘she stood up to him’

The conversation also sees Rashid calling Noor a “womanizer with a God complex who is all talk yet doesn’t have the proactiveness to break out of his toxic patterns.”

Ali Noor replied to Ayesha via his wife Mandana Zaidi’s phone number after she blocked him. The screenshots indicate that Ali Noor is seemingly alluding to his guilt by thanking Rashid for the ‘wake-up call’ and making him ‘see the mirror.’ 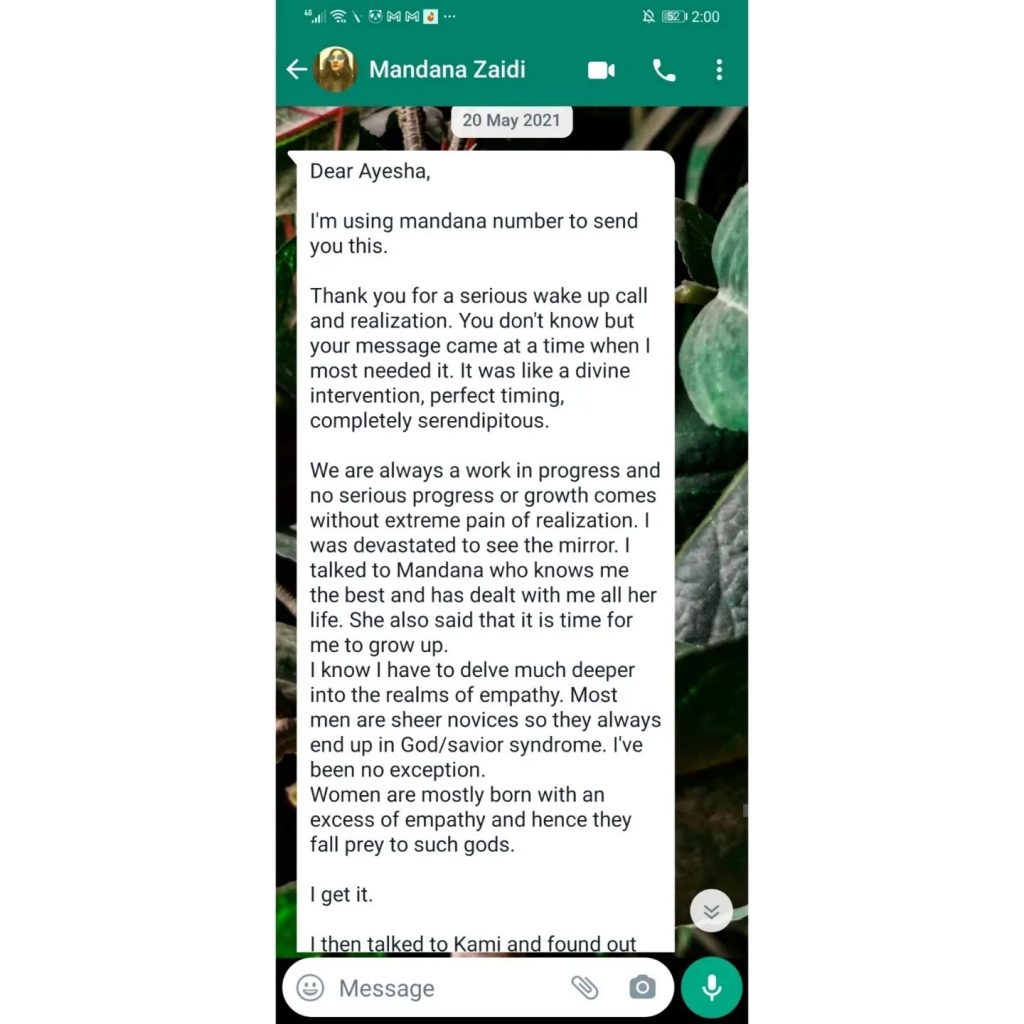 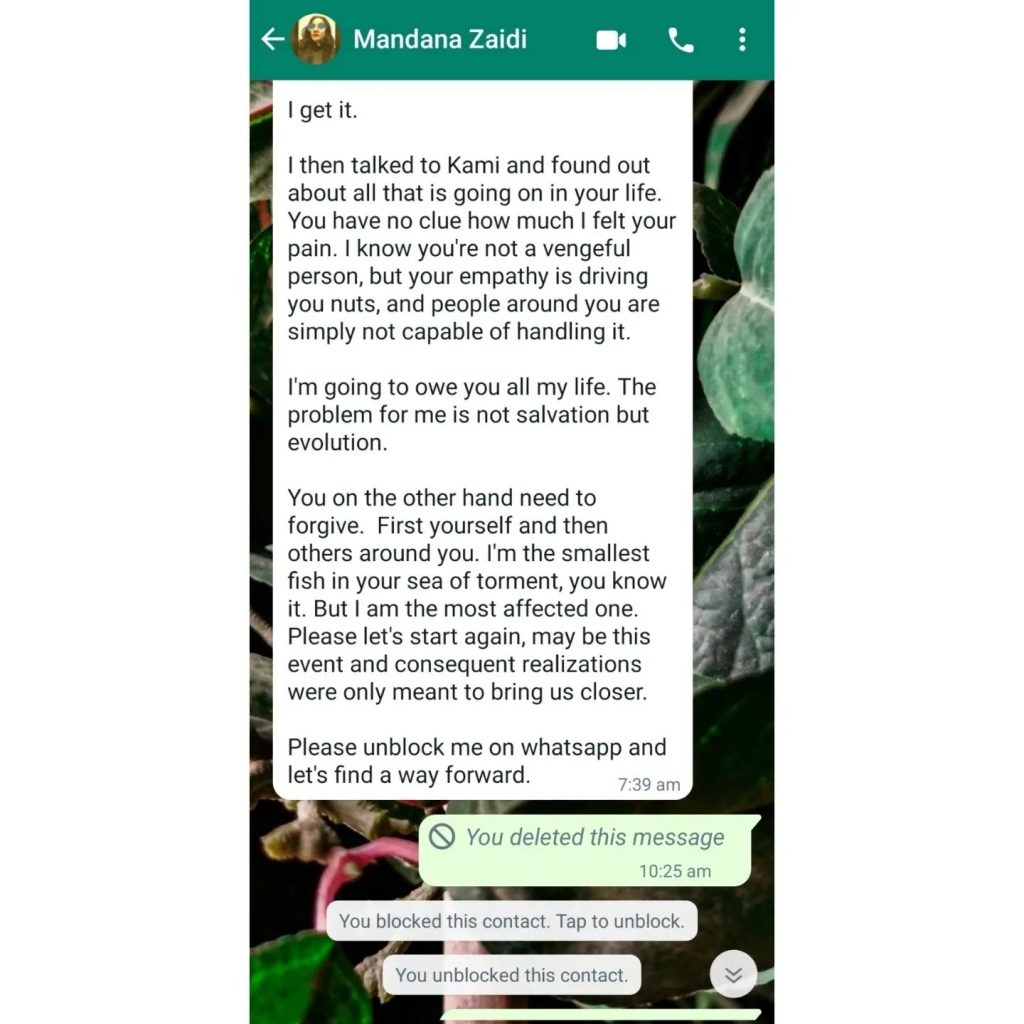 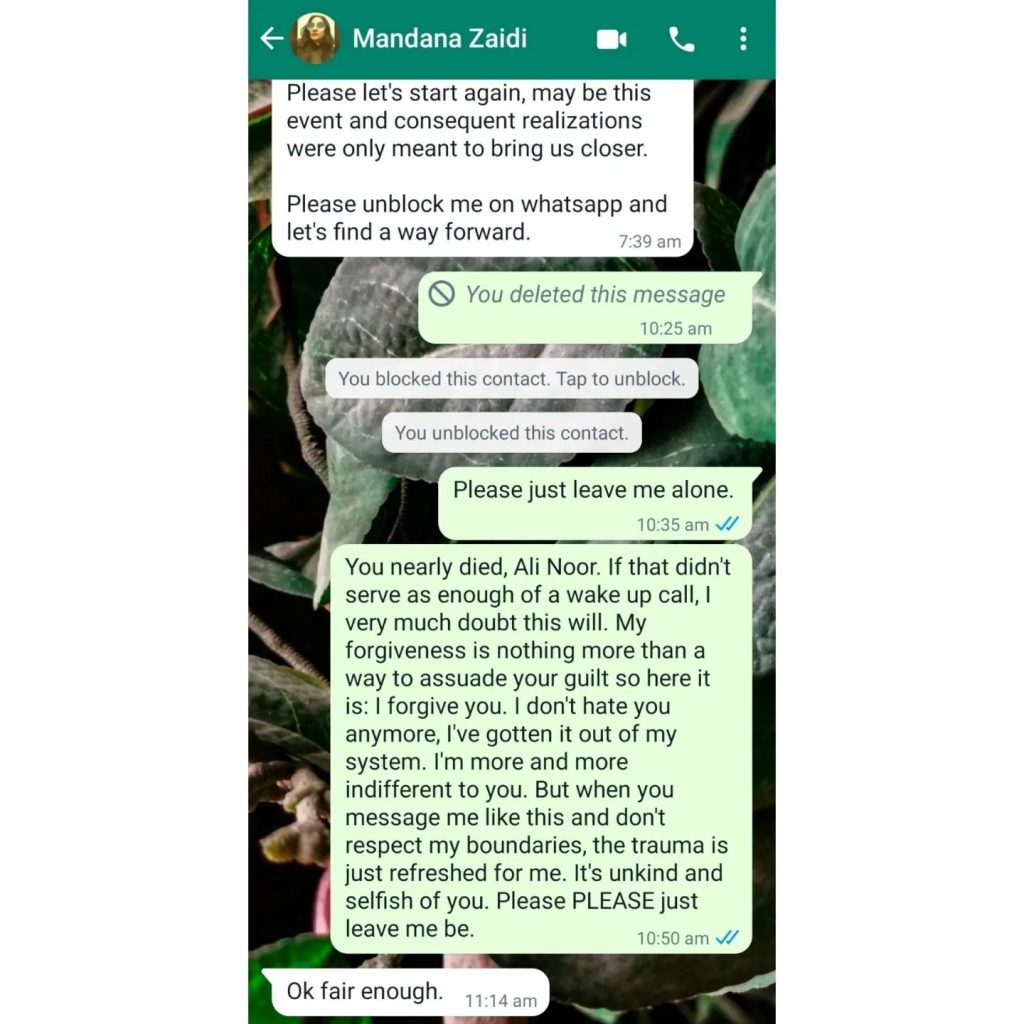 The authenticity of the messages remains to be ascertained; however, Ali has since taken to his personal Instagram account to talk about the allegations in a letter addressed to his ‘Nano’, in which he claims that Rashid hasn’t shared all of his replies to her.

“Today, I put the teaser and release date of the video and the son but as I was doing that, I got a message from newspapers that I have been accused of #MeToo by Ayesha Binte and my screenshots and apologies have been put up. She didn’t put all of them and that’s sad.”

After the whole explanatory letter by Ali Noor which he addressed to his ‘Nano’. The singer shared another Instagram story that says, “This is no PR ploy to promote a new single. This is serious [expletive] and will have to be addressed… I don’t mind being called the worst person on Earth… but people around me are getting concerned and hurt and I hate to cause strife to anyone including Rashid.”

“This is pissing me off,” Ali Noor further added, urging that he be allowed to release his upcoming song in ‘peace’ on February 22.

“Till then, everyone please calm down and send me hate mail instead,” he said.

Ali’s name is now trending on Twitter Pakistan after allegations of Ayesha Binte Rashid. Several people reacted to the accusations and the #MeToo movement started all over again.

On Twitter user wrote, “Why is Ali Noor acting like being a harasser is some soulful hipster thing?”

So who gets more fame from allegations? It’s certainly not the victims.

No Pride of Performance for us either. 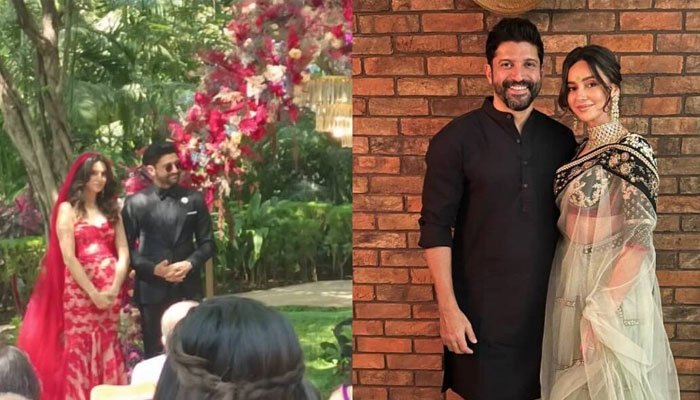 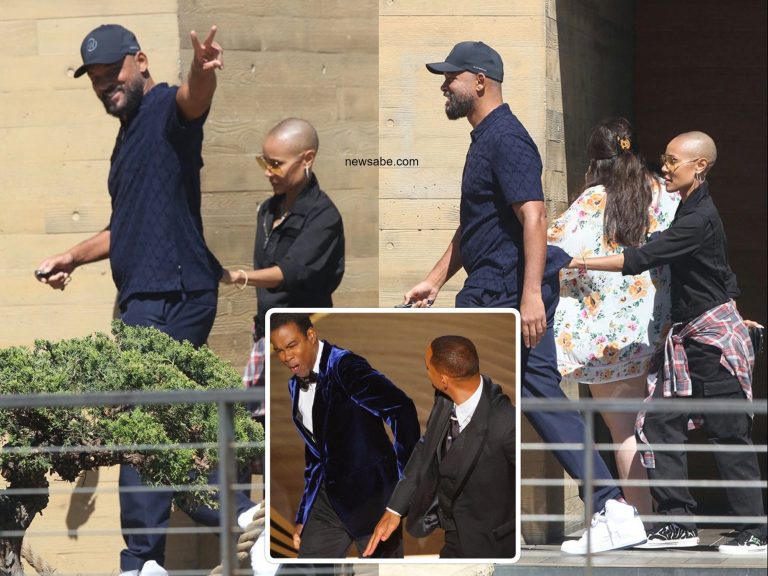 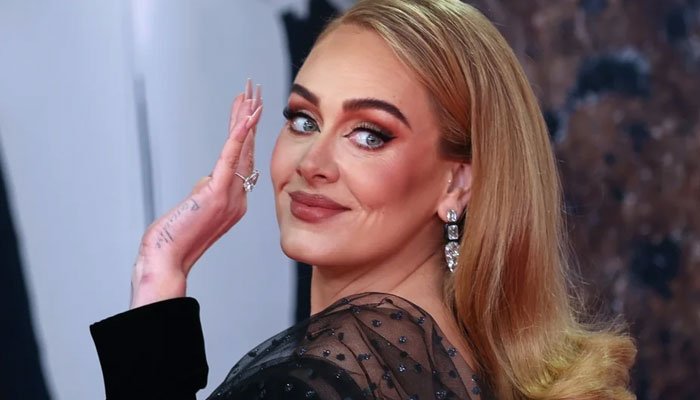 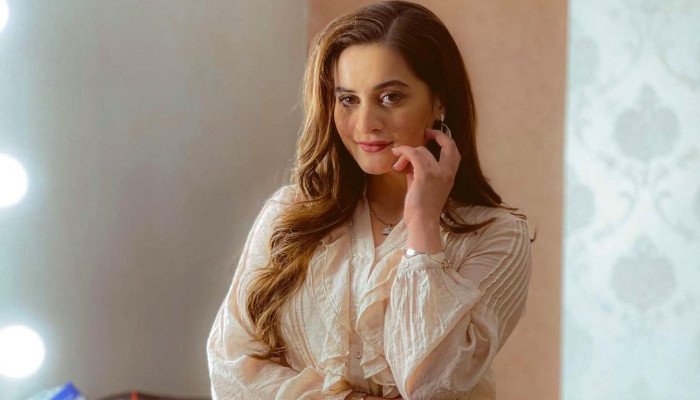