Arjun Kapoor is the person who has the ability to impress his fans on social media. The actor loves to keep updated the fans about his life’s gossips on social media accounts. But what’s more interesting is the ridiculous captions he put on his posts. Recently, the actor’s family had made headlines when they came together to uncover an intersection in the name of Surinder Kapoor. While the Kapoor family including veteran actor Anil Kapoor & his daughter Sonam Kapoor, Boney Kapoor & his daughter Jhanvi Kapoor, Arjun Kapoor, Reena Marwah, Sanjay Kapoor who is the younger brother of Anil Kapoor, Ahuja, Shanaya Kapoor and Mohit Marwah were seen together at the occasion.

On Wednesday, 12th February 2020, Arjun Kapoor posted a perfect photo with his buddies Rajkumar Rao and Patralekhaa at the airport. However, the duo is also loved birds. The three were returning back from somewhere and captured a photo on the bus. However, Arjun captioned the photo that read:

“When u end up enjoying a late-night domestic flight & don’t realize where time flies… here’s to many more such spontaneous meetings to discuss films, shows, politics, travel, homes & so much more…

When u end up enjoying a late night domestic flight & don’t realise where time flies… here’s to many more such spontaneous meetings to discuss films, shows, politics, travel, homes & so much more… @rajkummar_rao @patralekhaa

On the work front, Arjun Kapoor will appear in an untitled movie starring alongside Rakul Preet Singh. The film is a cross-border love story. The film stars Kanwaljit Singh, Neena Gupta, Soni Razdan, and Kumud Mishra will be seen in important roles. However, the film is directed by Kaashvie Nair, produced by Bhushan Kumar, Nikkhil Advani, and John Abraham. Also, the film is written by Anuja Chauhan, Amitosh Nagpal, and Kaashvie. 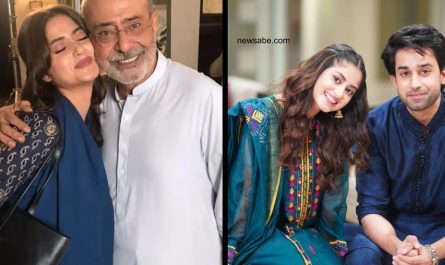 Deepika Padukone wants to do something in 2020