Ali Zafar took to Twitter to share a video he received from his cute little fans. In the video, a group of children could be seen following his dance moves guided by the singer.

He shared a video and beautifully captioned it!

Check out the video clip and enjoy! Source

Earlier, the singer had said, the song is ready and now it’s a time to make a video for it. Check out his earlier post wherein he made an announcement and instructed some dance moves.

Yo! So the song is ready and now it’s time for the video. Here’s your chance to be in the video and dance with me. All you need to do is make a video following these dance steps and send it to: bhaeehazirhai@gmail.com! Do follow the beat and tempo and subscribe to my you tube channel bit.ly/alizafarofficial where I will be posting a video explaining how to do these steps. Be a part of the process. Let’s all do this together. ❤️🙌🏏 #psl2020 #alizafar #bhaeehazirhai #pslanthem #cricketfever #Karachi #Lahore #Islamabad #Multan #Peshawar #Quetta

Justin Timberlake plans a romantic holiday with Jessica Biel-Details Inside! 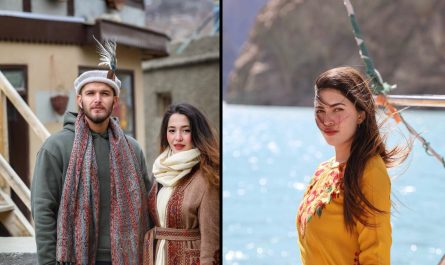